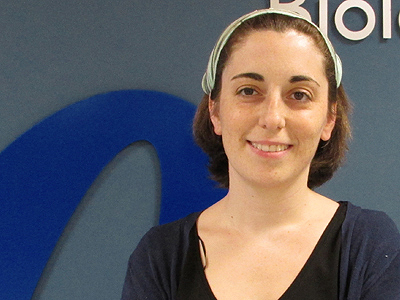 I obtained my degree in Biochemistry in 2004 and since then I have worked in several institutions, both in national centers (Autonoma University, Spanish Research Council, Complutense University -in which I obtained my PhD in 2011-,Spanish National Cancer Research Center) and in foreign institutions, such as MRC Protein Phosphorylation Unit (University of Dundee, UK) and Harvard Medical School (Massachusetts, US).

I have published more than 35 papers, most of them in the first quartile of their category, with more that 6000 citations so far and an h-index of 22. I have participated in more than 20 International Conferences, presenting my research projects, invited as principal investigator or exposing as first author. During my career, I have obtained several competitive grants: for instance, from FEBS, US Fulbright International Program, MINECO, Community of Madrid and AECC.

My principal research lines have been focused on the description of molecular pathways connecting ER stress, autophagy and metabolism, mainly in the scenario of cancer and cell cycle, and their potential applications on antitumoral strategies. I have published as first author most of this work in high-impact journals, such as Journal of Clinical Investigation (2009), Autophagy (2009), Cell Death and Differentiation (2015), Trends in Cell Biology (2017), and also as corresponding author, in Nature Cell Biology (2015) and Autophagy (2015), among others.

Since 2014, I am leading at CNIO a new line of research dedicated to elucidate the optimal modulation of stemness potential and improved differentiation capacity of pluripotent stem cells. Part of this Project is now under revision in a prestigious journal (where I am both first and co-corresponding author) and has derived a patent, registered in the European Patent Office on May 2017, aimed to apply those approaches on regenerative medicine. As part of this new scientific perspective I am leading, I am co-supervising one Thesis and two Master students. Importantly, I am also currently participating in two comprehensive programs (in Spain with Caixa Impulse and in USA with IDEA2 Global_MIT) for the development of bio-health projects. Both programs are aimed to provide transformative mentorship and connections for medical technology innovators.

I also participate in a number of science divulgation activities (as “AECC volunteer”, “CNIO & The City” activities, etc) and as evaluator in scientific assessment committees, such as the National Agency for Assessment and Forecasting (ANEP; Spain) since 2015 and the Research Grants Council (RGC; China) since 2017. Besides, I am referee for different journals (such as Cancer Research, Plos One, Cell Reports, Theranostics, Journal of Cellular Biochemestry, Cellular Physiology and Biochemestry, Scientific Reports, Archives of Toxicology and Biochemical Pharmacology, Science Advances…) since 2012.

Back to the team
Carolina Villarroya
We use cookies to ensure that we give the best user experience on our website. If you continue using this site we will assume that you agree.Ok