The journalist and presenter Terelu Campos, the researcher María Salazar and the psychologist and collaborator of the Spanish Association Against Cancer (AECC) of Madrid, Ana González, moderated by the journalist of Cadena Ser, Purificación Beltrán, have starred in a round table on the auditorium of the new Active Space Against Cancer of the AECC in Madrid, under the title ‘Research, psychological help and the testimony of other patients, three different perspectives to face breast cancer’.

Fifteen days after the International Day Against Breast Cancer, the three protagonists, the first as a patient -for the second time-, the second as a scientist and the third as a psychologist, have offered their different points of view on breast cancer, but with a final and common goal: healing. 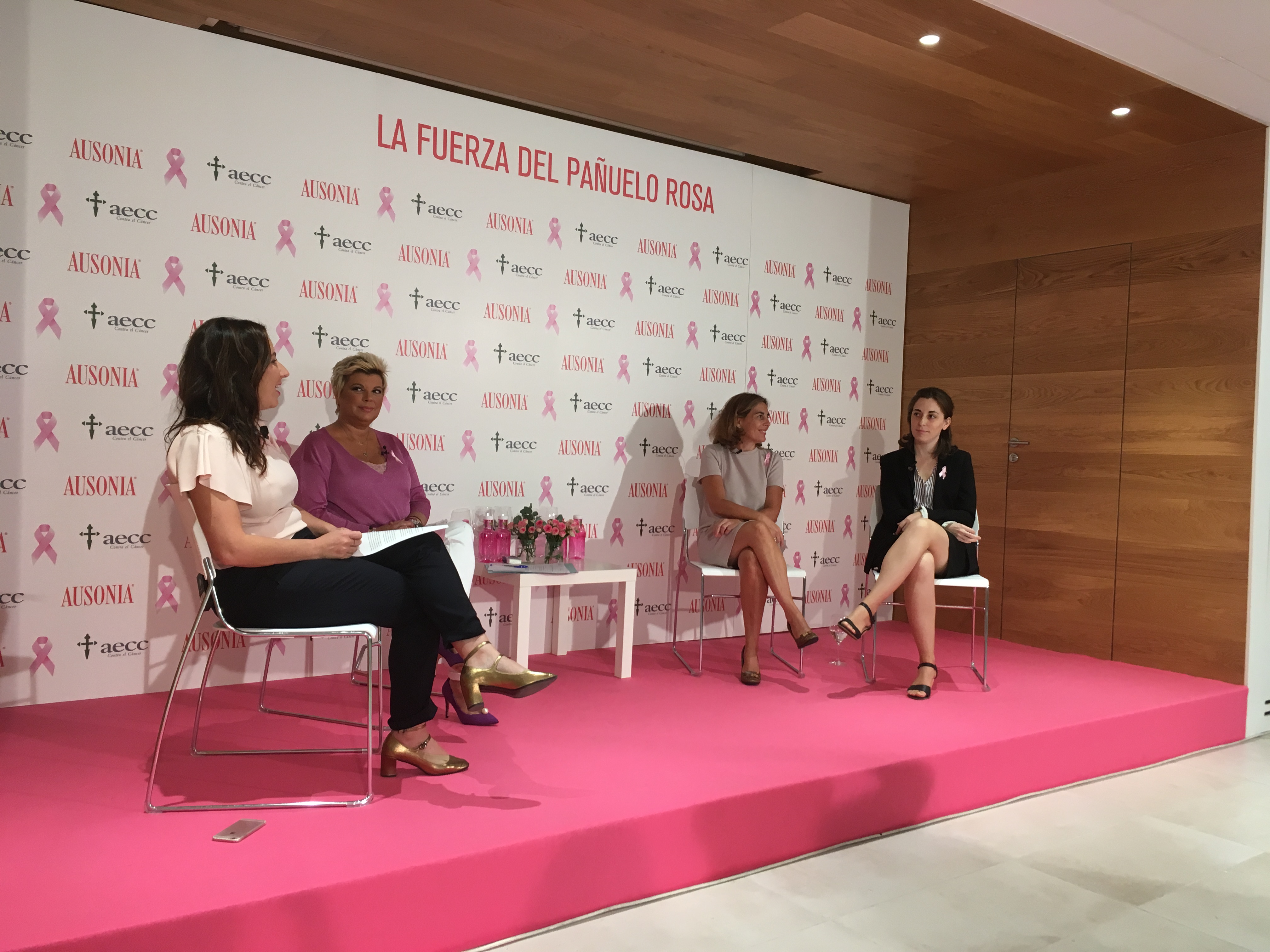 Salazar is leading a project funded by AECC and Ausonia, which deals with an anti-tumor strategy pursuing the elimination of tumor stem cells. “These cells have long gone unnoticed, but today the scientific community finally considers them,” said the biochemist, who works at the National Cancer Research Center (CNIO). These tumor stem cells are “the most dangerous and main responsible for the growth of the tumor; therefore, we are trying to attack them in a double way, so that they return to their natural state and also avoiding having new more stem cells”, she said. The psychologist of the AECC, González, opted to promote strategies to manage emotions and “look for the personal resources that we carry inside to confront the disease”. She also proposed to patients to afford short goals, an idea that Terelu joined. Terelu did not forget the work of doctors and researchers. “We are alive thanks to your preparation.” She qualified the work of her doctor “of almost miraculous”; to which the researcher María pointed out that “we (the researchers) put the same illusion and passion on our work as any other motivated person”. In line with this comment, Salazar confessed that a professor’s explanation of the functioning of a protein complex to produce energy in the cell “fascinated her when she was at University”, and from that moment, she went from being a potential chemistry professor to a biochemist researcher and focused her career to investigation. Terelu commented about the need to relativize the situation and have humor, “because it is part of life.” Joking and de-dramatizing “are fundamental to carry the disease off.”Ana González, in addition to highlighting the scientific advances, also emphasized the importance of information campaigns, “because, although it is difficult to generalize among all types of cancer, we must normalize the consequences of treatments, breast reconstruction, hair loss … Fortunately, this kind of things are now more naturally spoken”.

Related News in the Press 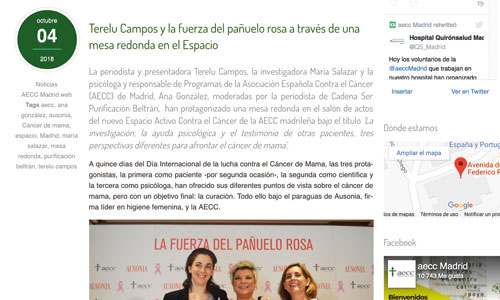 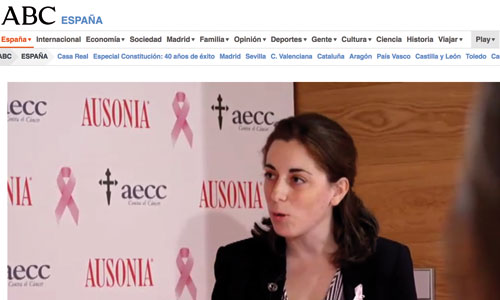 We use cookies to ensure that we give the best user experience on our website. If you continue using this site we will assume that you agree.Ok